If you have ever heard of the Proverbs 31 woman, you know she is amazing. She is someone we all want to be, she does it all, has it all, makes it all, and IS it all! She is the wise, ambitious, strong, organized woman of God who loves her husband, children, and servants. She honors, adores, and guards them and meets their every need- even if she has to get on a ship to get the good!. She puts others first,  cares for the poor and supports the local merchants. She takes the  time to dabble in real estate, plant vineyards and make fine tapestry. Not only that, but she eats right and stays in shape!

Oh, and one more thing.

She seeks wool and flax, and willing works with her hands. –Prov 31:13

How often we overlook that one…

We all want to be worth “far more than rubies” like her, don’t we? I mean, I want to plant a vineyard! I love grapevines. I want my husband to safely trust me, to lack nothing and to be well known in the “city gates.” I believe charm is deceitful and beauty is passing; I fear the Lord; I want to be praised!

It’s inevitable, whenever I speak to young ladies about beauty, that someone asks me to address the topic of modesty.  Personally, I prefer to use the term dignity, since the word “modesty” is often interpreted as stale, legalistic control that only spurs on rebellion in those who love fashion. In a recent discussion on the matter, a young man, who had overheard me talking with a group of girls, told his friend that we were discussing “confidential beauty.”

Immediately, I felt a blog coming on….

Modesty is not old and ugly; it is dignified and commands respect, like confidentiality.

END_OF_DOCUMENT_TOKEN_TO_BE_REPLACED

My world came to a holt last week.

When someone you love is fighting for her life, it is hard to continue yours. Things that used to seem so important just don’t matter anymore. At the same time, priorities that used to be mundane begin to hold much more weight. It’s times like this when we need a strength beyond our own.

My “What2Wear Wednesday“ blog is coming out a bit late in the day because I really couldn’t find the words of encouragement to share this morning. In all my worry for my family I forgot to get dressed.

Proverbs 31:25 She is clothed with strength and dignity, and she laughs without fear of the future.

Don’t you just wish you could be like the Proverbs 31 woman? I do. Talk about Confident Beauty!

I want to “laugh without fear of the future” but instead I am burdened with stress. Was this ancient woman really filled with joy even when life was difficult? If she really found the secret, then certainly each of us can, too!

Honestly, I think the key to her confidence is that she knew What2Wear.

She wore strength and dignity.

I could use some strength right now, couldn’t you? Where can we find the beautiful garment of strength?

And dignity, do we even know what that is anymore?

dignity |ˈdignitē| noun (pl. dignities)
the state or quality of being worthy of honor or respect: a man of dignity and unbending principle | the dignity of labor.
• a composed or serious manner or style: he bowed with great dignity.
• a sense of pride in oneself; self-respect: it was beneath his dignity to shout.
• a high or honorable rank or position: he promised dignities to the nobles in return for his rival’s murder.

Sometimes when I read Proverbs 31,  I feel as if I could never measure up to the amazing woman described there. It’s only natural to I criticize her, “surely she had no problems! Or else she was very naive.” But the definition of dignity ruins thisjudgment, doesn’t it? She wasn’t a laughing fool trying to hide her fear and pain. She had dignity.

Today I am challenged to remain composed with a self-respect that allows feelings–but does not allow fear–in the face of life’s difficulties.  If you, too, are ready to face the days ahead with strength, dignity and joy, come what may, then would you join me in making a commitment to no longer laugh as if there are no problems and no longer allow our world to come to a holt when the problems are big? Let us look to Proverbs 31 for What2Wear and choose what attitudes we wear with wisdom so that we can laugh at the days to come. The best part is, we do not have to purchase the “garment” we can borrow the strength and dignity of Someone who paid a big price for it.

“Favor is deceitful, beauty is vain, but a woman who fears the Lord, she shall be praised.” Proverbs 31:30 As a little girl growing up in the church I understood this verse to mean that it was wrong to be beautiful, that I shouldn’t want the favor of anyone, but should be afraid of God. Wow was I off!

Many other times in Proverbs it is said that the fear of the Lord is the beginning of knowledge. I know now that the  fear I had then is not the kind of fear God desires of us. When we don’t really understand His heart, we tend to shy away from God and work with all our might to be approved by Him. That’s how I was. And with beauty being my passion I really had to wrestle with God about what this verse meant.

I wanted to be beautiful, but I had a false understanding that it was wrong. So I tried to fulfill my own desires by making other women look their best. I loved being a cosmetologist, I didn’t mind standing in front of a mirror while I served beautiful women, I think I was numb to the disappointments of my reflected image brought me… until I began to experience that “favor is deceitful.”

Ten days after finding out I was pregnant, my ex-husband decided he would rather be with other women than me, and I felt the pain that favor-turned-bad brings. Being betrayed by the man I loved dearly was a deep rejection, and it began a beauty battle within me. I couldn’t help but compare myself to the others he had chosen. That’s when I began my experience with vanity…

2 the quality of being worthless or futile

I began to understand what God’s Word meant by “beauty is vain.” It can be make us prideful, but it can also blind us to the value we have as God’s design. I think the thing this verse is really saying is that seeking after beauty is like chasing the wind: vain.

1 having or showing an excessively high opinion of one’s appearance, abilities, or worth

2 [ attrib. ] producing no result; useless • having no meaning or likelihood of fulfillment

I no longer think that the God who created so much beauty disapproves of it; I believe He not only loves it, He longs to be known for it. I think He wants us women to stop putting so much hope in our image. Just like people’s favor of us sometimes changes quickly, so does our beauty. Chasing after it is futile, instead we should chase after the One who created us, and fear Him only.

Lord, Thank you for putting so much beauty in Your creation. Help me to be a reflection of your glory without becoming obsessed with my image or others’ opinions. It is you only that I fear, and your favor alone that I seek. You do not look at my outward appearance, but at my heart. Help me to do the same with others, and with myself. Amen

Catrina Welch is an image- and life-coach whose message is not as much “what not to wear” as it is, “Know Who You Are,” which is the title of her book of guidelines for your personal image identity. Catrina has also written a Bible study to help women overcome their image issues. It is titled Supreme MakeOver: a Rich and Refreshing Devotional Experience. Her other books include Footprints Through the Sand: a Consolidation of Life-altering stories about Loving and Loosing a Trisomy-18 Baby and Confident Beauty: Reflecting the One Who Made You with the Images in Your Mirror and Your Soul, which will be available soon.

"I'm an Image consultant without the shopping obsession. I help women and girls overcome confidence conflicts by unveiling the power and purpose of their personal Image Identity (Img.ID) and teaching them to accentuate their authentic beauty so they can forget about their appearance and think about others." 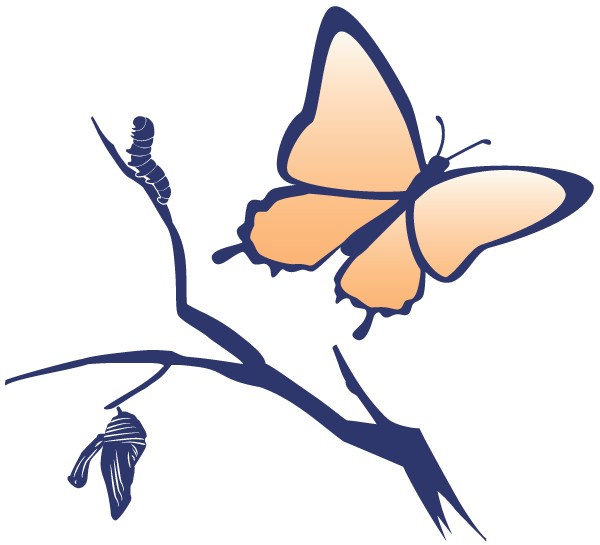 Give the gift of Confident Beauty

Help the girls in your life find freedom to BE who they were designed to be. FREE makeup bag with purchase of any book bundle.

Don’t let figure flaws hinder your confidence! Download these “tricks of the trade.”